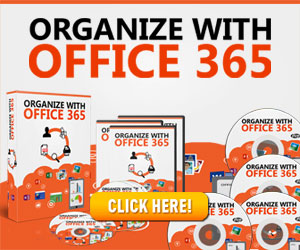 With the Script Editor, which is available for each form, you can add procedures to forms to control an Outlook application or another application such as Microsoft Word or Microsoft Excel. Remember, however, that if your primary purpose is to control the Outlook application rather than an Outlook form, you should be using VBA or Visual Basic instead of VBScript behind forms. In addition, you can create procedures to control Outlook folders, forms, items, controls, and properties in items. For example, you can create a procedure to automatically set a folder as the active folder, and then create and post an item to the folder. Or you can create a procedure that creates a collection of items in a folder based on a specified filter, and then change a field value for each item in the collection.

To view the Outlook Script Editor

1. In the Inbox, click New Mail Message on the Actions menu.

3. On the Form menu of the form, click View Code.

Customize the Inspector standard toolbar to display toolbar buttons for the Design This Form and View Code commands. If you do a significant amount of forms development work, you'll appreciate having toolbar buttons right in front of you when you want to switch to Design mode or to inspect code behind the form. Follow these steps to customize the Standard Inspector Toolbar:

2. Select Customize from the Tools menu.

4. Drag the Design This Form command from the Commands list box to the Standard toolbar.

6. Drag the View Code command from the Commands list box to the Standard toolbar.

7. Click Close to dismiss the Customize dialog box. An Introduction to Using the Script Editor

To create and test a PropertyChange event

5. On the Form menu of the form, click Run This Form.

6. On the Standard toolbar of the form in Run mode, click Importance: High.

8. On the File menu of the form in Run mode, click Close.

Figure 10.1 - The PropertyChange event in the Outlook Script Editor.

If there is an error in the syntax of the code when you run the form, Outlook will display a message and immediately stop executing the

Jumping to a Line of Code

As you test procedures, you will see error messages referring to specific lines of code if there are errors in your code. If you use On Error Resume Next to suppress error messages, you will not see an error message unless you explicitly trap the error. The Script Editor provides a way to jump to a particular line of code.

To jump to a line of code

1. On the Script Editor Edit menu, click Go To.

2. In the Line Number text box, type the line number, and then click OK.

The Microsoft Script Editor is a tool included with Office 2000 and Office XP that helps you control the execution of a script so you can observe where run-time errors occur. You can view and change the value of a variable while the script is running, which lets you observe how different values affect the execution of the script. You can see the names of all the procedures that are currently executing. The Microsoft Script Editor lets you examine the properties of all variables in the current procedure in the Watch window, including the properties and dependent property objects of the Item object itself. The Microsoft Script Editor replaces previous versions of the Internet Explorer Script Debugger used to debug VBScript behind forms for Outlook 97 and Outlook 98.

The Microsoft Script Editor is included in the Office XP Web Scripting Office Tools component, which you can install after installing Outlook 2002. The Script Editor is not installed by default for a typical installation.

To install the Microsoft Script Editor

1. Insert the Office XP CD-ROM into your CD-ROM drive.

7. Double-click the HTML Source Editing item under Office Tools to expand the item.

8. Double-click the Web Scripting item to expand the item.

9. Click the Web Debugging drop-down item and select Run From My Computer.

10. Click Update to complete the installation of Script Editor.

To launch the Microsoft Script Editor

1. With a form in Design mode, on the Form menu, click View Code.

2. Enter a Stop statement at the point in your code where you want to halt code execution and begin debugging with the Microsoft Script Editor. Be certain to remove the Stop statement when you have completed the debugging process.

3. Select Run This Form from the Form menu.

4. When you see an alert box stating An Exception Of Type 'Runtime Error' Was Not Handled. Would You Like To Debug The Application?, click Yes to open the Script Editor, shown in Figure 10-2. Answer No to Would You Like To Open A Project For Debugging? If you're running Microsoft Visual InterDev 6 on the same computer with Microsoft Script Editor, you see a dialog box that offers a choice of debuggers before you enter debug mode. The wording of the initial dialog box will differ from the wording above in this case.

6. Close the Microsoft Script Editor when you are finished with the debugging process.