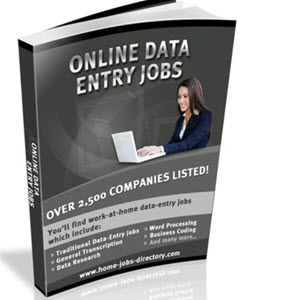 1. Open the Acc2003_Chap27.mdb file from the book's downloadable files or, if you'd like to start from scratch, create a new Microsoft Office Access database. This database should contain the Customers, Products, Suppliers, and Categories tables from the sample Northwind database. You can import these objects by choosing File | Get External Data | Import.

2. In the Database window, click the Forms object button and double-click Create form by using wizard. Use the Form Wizard dialogs to create a new form based on the Customers table. Select all the fields from the Customers table and specify Columnar layout, Blueprint style, and frmCustomers as the form's title. After you click Finish, the newly designed frmCustomers form will appear in the Form view as shown in Figure 27-1.

Figure 27-1: The frmCustomers form is used in Custom Project 27-1 to demonstrate how an object's event can be handled outside of the form class module.

3. Close the frmCustomers form created in step 2 above.

1. In the Database window, press Alt+F11 to activate the Visual Basic Editor window.

2. Insert a new class module by choosing Insert | Class Module. A new class called Class1 will appear in the Project Explorer window. Use the Properties window to change the name of the class to cRecordLogger (Figure 27-2).

Figure 27-2: Use the Name property in the Properties window to change the name of the class module.

Figure 27-2: Use the Name property in the Properties window to change the name of the class module.

Now that you've declared the object variable WithEvents, the variable name m_frm appears in the Object box in your class module (Figure 27-3). When you select this variable from the drop-down list, the valid events for that object will appear in the Procedure box (Figure 27-4). By choosing an event from the Procedure drop-down list, an empty procedure stub will be added to the class module where you can write your code for handling the selected event. By default, Access adds the Load event procedure stub after selecting an object from the Object drop-down list.

Figure 27-4: The Procedure drop-down list in the cRecordLogger's Code window lists the valid events for the object declared with the WithEvents keyword.

Figure 27-3: The Object drop-down list in the cRecordLogger's Code window lists the m_frm object variable that was declared using the WithEvents keyword.

Figure 27-4: The Procedure drop-down list in the cRecordLogger's Code window lists the valid events for the object declared with the WithEvents keyword.

In order to sink events in the class module, you must tell the class which specific form's events the class should be responding to. You do this by

Set m_frm = cur_frm will assign the current form (passed in the cur_frm variable) to the m_frm object variable declared in step 3 above.

will ensure that Access knows that it must raise the form's AfterUpdate event.

5. Choose Tools | References and add the Microsoft Scripting Runtime Library to the class module. You will need this library to gain access to the File System in the next step.

The code inside the m_frm_AfterUpdate event procedure will be executed after Access finds that the form's AfterUpdate property is set to "[Event Procedure]". This code tells Access to open or create a text file named

C:\MyCust.txt and write a line consisting of the value of the first control on the form (m_frm.Controls(0)), the date and time the record was inserted or modified, and the name of the form.

Figure 27-5: A custom cRecordLogger class is used to handle a form's AfterUpdate event.

7. Save the code that you wrote in the class module by clicking the Save button on the toolbar or choosing File | Save. When the Save As dialog box appears with cRecordLogger in the text box, click OK.

For the events to actually fire now that you've written the code to handle the event in the standalone class module, you need to instantiate the class and pass it the object whose events you want to track. This requires that you write a couple of lines of code in your form's class module.

Part 3: Creating an Instance of the Custom Class in the Form's Class Module

1. In the Database window, select the frmCustomers form you created in step 2 of Part 1 and click the Design button.

2. While frmCustomers is in Design view, choose View | Code.

To instantiate a custom class module, we begin by declaring a module-level object variable, clsRecordLogger, as the name of our custom class, cRecordLogger. You can choose any name you wish for your variable name.

Next, we instantiate the class in the Form_Open event procedure by using the following Set statement:

Notice that you must use the New keyword to create a new object of a particular class. By setting the reference to an actual instance of the object when the form first opens, we ensure that the object refers to an actual object by the time the event is first fired.

The second statement in the Form_Open event procedure

Set clsRecordLogger.Form = Me sets the Form property defined by the Property procedure in the class module (see step 4 of Part 2) to the Form object whose events we want to sink. The Me keyword represents the current instance of the Form class.

Figure 27-6: To sink form events in a custom class module, you must enter some code in the form class module.

Figure 27-6: To sink form events in a custom class module, you must enter some code in the form class module.

4. Save the code you entered in step 3 above by clicking the Save button on the toolbar.

Now that all the code has been written in the standalone class module and in the form class module, it's time to test our project.

3. Enter MARSK in the Customer ID text box and Marski Enterprises in the Company Name text box (Figure 27-7). Press the record selector on the left side of the form to save the record.

Figure 27-7: The frmCustomers form in the Data Entry mode is used for testing out the custom cRecordLogger class.

The MyCust.txt file (Figure 27-8) displays the record log. You may want to revise the m_frm_AfterUpdate() event procedure so that you can track whether a record was created or modified.

Figure 27-8: The MyCust.txt file is used by the cRecordLogger custom class for tracking record additions.

Figure 27-8: The MyCust.txt file is used by the cRecordLogger custom class for tracking record additions.

7. Add few more records to the frmCustomers form and check out the MyCust.txt file.

Part 5: Using the cRecordLogger Custom Class with Another Form

The code you've written so far in this project is ready for reuse in another Microsoft Access form. In the remaining steps, we will hook it up to the frmProducts form. Let's begin by creating this form.

1. In the Database window, choose the Forms object button and click the New button. In the New Form window, choose AutoForm: Columnar, choose Products from the drop-down list, and click OK to complete your selections.

2. When the Products form appears, click the Save button on the toolbar. In the Save As dialog box, type frmProducts for the form name and click OK.

^^ Note: To quickly perform this operation, position the cursor inside the first clsRecordLogger variable name and choose Edit | Replace. The Find What text box should automatically display the name of the variable you want to replace. Type clsRecordLogger2 in the Replace With text box and click the Replace All button. Click OK to confirm the replacement of four variable names. Click Cancel to exit the Replace dialog box.

7. Save and close the frmProducts form.

10. Enter Delicious Raisins in the Product Name text box and press the record selector on the left side of the form to save the record.

13. Open the C:\MyCust.txt file to view the record log. You may want to choose a more generic name for your record log text file since it will be tracking various types of information.