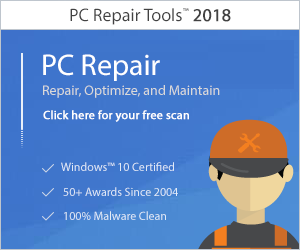 Excel can be started various ways (depending on how it's installed). All methods ultimately launch the Excel EXE (executable) file.

When Excel starts, it reads its settings from the Windows Registry and opens any add-ins that are installed (that is, those that are checked in the Add-Ins dialog box, which is displayed when you choose Tools ^ Add-Ins). It then displays an empty workbook; the number of sheets in the workbook is determined by a user-defined setting that is stored in the Windows Registry. You can change this number by editing the Sheets in the New Workbook setting located in the General tab of the Options dialog box (choose Tools ^ Options).

If your XLStart folder contains any workbooks, they are opened automatically — and a blank workbook does not appear. If your XLStart folder includes a workspace file, multiple workbooks are opened in a customized workspace. You can also define an alternate startup directory to hold other worksheet or workspace files that you want opened automatically. You can set up this alternate startup directory by specifying a path in the At Startup, Open All Files In setting located in the General tab of the Options dialog box. In previous versions of Excel, this field was labeled Alternate Startup File Location.

If you want to change the default formats (or content) of blank workbooks that you create, create a default workbook and save it as a template with the name Book.xlt in your XLStart folder. For details on creating and using template files, refer to Excel's help.

Switch What It Does

/automation Forces Excel to start without loading add-ins and templates or processing files in the XLStart directory or the alternate startup file location. Use this switch to perform a "clean boot" of Excel.

/e Use this switch when you want to start Excel without creating a new workbook and without displaying its splash screen.

/embedded Starts an invisible instance of Excel (not recommended).

/o Causes Excel to register itself in the Windows Registry. It replaces missing Registry entries; it does not correct invalid entries (see /regserver, later in this table).

/p directory Sets the active path to a directory other than the default directory.

/regserver Forces Excel to reregister itself in the Windows Registry and then quit.

Use this switch when you want Excel to rewrite all its Registry keys and reassociate itself with Excel files, such as workbooks and charts.

/s Forces Excel to start in Safe mode and does not load any add-ins or files in the XLStart or alternate startup file directories.

Forces Excel to unregister itself in the Windows Registry and then quit.

One way to specify any of these switches is to edit the properties of the shortcut that starts Excel. For example, if you want Excel to use a folder named Xlfiles as its default folder, you can use the /p switch and specify this in the Target field in the Properties dialog box for the Excel shortcut. To access the Properties dialog box, right-click the shortcut icon and click the Shortcut tab. For example, you can change the Target to